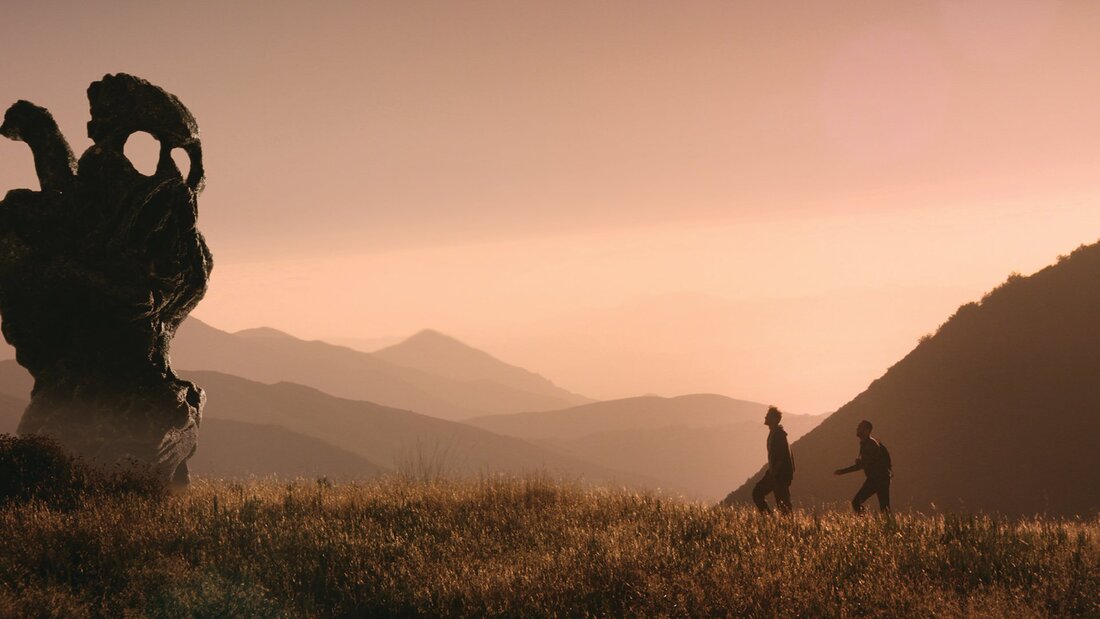 The Endless (Justin Benson, Aaron Moorhead, 2017)
The wealth of time loop stories out there testifies to the resonance of a concept which raises questions about choice and fate, cause-and-effect, puzzles and purgatory. This two-week course will offer a framing definition of "time loop" films, tracing their origins to the origins of film in the 1890s and looking at the cinematic universe of Justin Benson & Aaron Moorhead in The Endless (2017), Spring (2014) and Resolution (2012). The course will consider how the Hero's Journey archetype theorized by Joseph Campbell applies to "time loop" films, as well as Benson and Moorhead's metatextual and metafictional approach to storytelling, their use of Lovecraftian tropes, and their Brechtian aesthetics. Finally, we will look at the monster in The Endless within the context of exoticism in horror (e.g., how King Kong, Creature from the Black Lagoon, etc. are made horrific by their spectacularly unfamiliar environments, and how this translates to the mutual space of The Endless and its sister film Resolution, which take place in the same uncanny environment, unsettled by the presence of white settlers encroaching upon indigenous territory.
Registration
Courses are open to anyone interested, at a suggested donation of $7 per class, or what you can pay. A discounted one-time payment of $30 per semester is also available. Payment at the door.
Please note that MMS courses will be held on Monday nights at:
Groupe Intervention Vidéo (GIV)
4001, rue Berri, # 105, Montréal, Québec H2L 4H2
Métros Mont-Royal, Sherbrooke