Pandemics, Possessions, and Other Monstrous Alterities:
Global Horror at the Intersection of Race, Gender, and Class 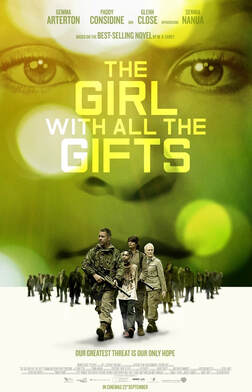 (2016, Colm McCarthy)
This class invites you to think about the politics of horror films featuring plagues and apocalypses created by viral outbreaks. While the figure of the zombie is most commonly associated with such horror, representations of “the infected” can vary from “plague” zombies to “rage” zombies to various alternatives to zombiedom. My discussion will mention films by North American, U.K., European and Asian horror filmmakers and be grounded in core horror scholarship, including Robin Wood’s concept of apocalyptic horror, theories of monstrosity, and socio-political readings of the zombie film. 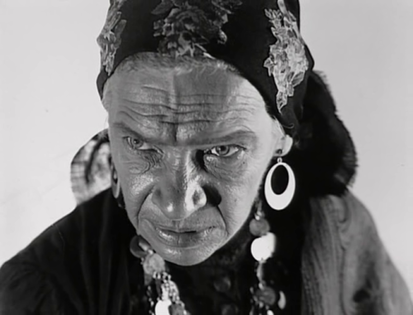 THE WOLF MAN (1941, George Waggner)
Generally depicted very stereotypically, Roma/“Gypsy” characters are numerous in horror, especially classical horror films, but have inspired next to no analysis – they are almost so ubiquitous as to fade into the background. We will discuss characters like Maleva in The Wolf Man (1941) and the ghost Carmel in The Uninvited (1944), as well later films like Thinner (1996), Drag Me to Hell (2009), The Outcast (2010) and the experimental documentary The Deathless Woman (2019).

29 March | “The Romani Other in Horror Film” ALANA CONWAY and MURRAY LEEDER from The Montréal Monstrum Society on Vimeo.

ALANA CONWAY is a Research Assistant at the Canadian Museum for Human Rights (CMHR) in Winnipeg, Manitoba. Her research interests focus on migration, immigration, and refugee policy in Canada and abroad. Alana holds an M.A. in Anthropology from Carleton University. She has an interest in contemporary Romani activism in Europe and Canada, and historical treatments of Roma and Sinti throughout Eastern and Central Europe. In her role at the CMHR, Alana supports exhibition development, most recently contributing research for the Time to Act: Rohingya Voices exhibition, which focuses on the Rohingya refugee crisis.

​MURRAY LEEDER is a Research Affiliate at the University of Manitoba’s Institute for the Humanities. He is the author of Horror Film: A Critical Introduction (Bloomsbury, 2018), The Modern Supernatural and the Beginnings of Cinema (Palgrave Macmillan, 2017) and Halloween (Auteur, 2014), editor of Cinematic Ghosts: Haunting and Spectrality from Silent Cinema to the Digital Era (Bloomsbury, 2015) and ReFocus: The Films of William Castle (Edinburgh University Press, 2018). The main line of his research has engaged questions about magic, the supernatural and monstrosity in cinema and media, and he is currently coediting a special issue on Indigenous horror with Dr. Gary D. Rhodes. He is also currently researching Star Trek’s process of franchise expansion from the mid-1990s to present, with a special emphasis on its return to television in recent years.
12 April  | To Form The Possessive: Visual and Narrative Infestation in Possession Horror Films
SEAN MORELAND 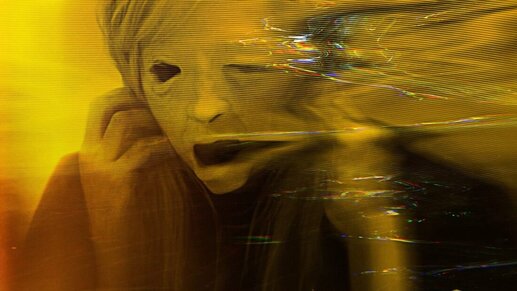 POSSESSOR (2020, Brandon Cronenberg)
I'll begin by providing some context about possession horror films in general, including how moral panics surrounding film and related media over the last half century have often presented parallels to the phenomenon of occult spirit possession, parallels that many of the most powerful films in this mode have incisively explored and exploited. I’ll then focus more specifically on how two recent Canadian horror films formally and narratively frame possession while discussing their relationship with earlier films whose influences they reflect. The first, Justin Dyck's Anything For Jackson (2020), taps into a “Satanic Panic” supernatural vein, albeit with a dose of irony. The second, Brandon Cronenberg's Possessor (2020), takes a grimly speculative approach to exploring possession in a cinematic narrative that marries revenge tragedy with techno-body horror in the vein of Videodrome (1983) or Tetsuo The Iron-Man (1989.)
​SEAN MORELAND teaches at the University of Ottawa. Their essays, primarily focused on Gothic, horror and weird fiction in its literary, cinematic, and sequential art guises, have most recently appeared in the anthologies Horror Literature Through History and The Oxford Handbook of Edgar Allan Poe. They recently edited The Lovecraftian Poe: Essays on Influence, Reception, Interpretation and Transformation (Rowman & Littlefield, 2017) and New Directions in Supernatural Horror: The Critical Legacy of H.P. Lovecraft (Palgrave, 2018.) They are working on a monograph tentatively titled Repulsive Influences: 350 Years of Cosmic Horror and occasionally blog about weirdness at Postscripts to Darkness.
19 April  | “The Horror of Liberalism”
MICHAEL TRUSCELLO 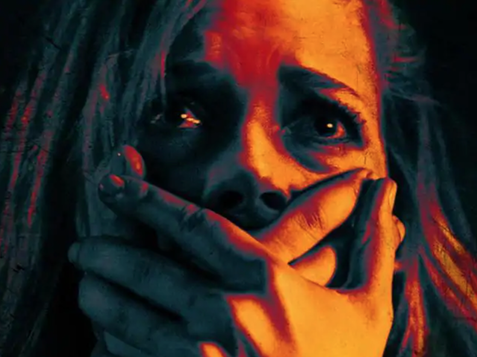 DON'T BREATHE (Fede Alvarez, 2016)
This lecture considers contemporary horror cinema from an anarchist perspective, by examining popular horror subgenres as expressions of what horrifies liberals in the context of creeping fascism. More specifically, we will begin with Elisabeth Anker’s article “The Liberalism of Horror.” Anker writes: “Key liberal political theories… draw upon the genre form of horror to secure consent to liberal governance rhetorically. They position liberalism as a solution to horrific social orders [such as fascism].” The problem with these theories is that liberalism is not antithetical to “horrific social orders” such as fascism but shares a philosophical root with it. What are the consequences for liberal horror when, as Ishay Landa argues in The Apprentice’s Sorcerer: Liberal Tradition and Fascism, fascism is not “an outsider to the liberal, ‘open society,’ but in fact an intimate insider to that society, which was not particularly open, either”?

19 April | “The Horror of Liberalism,” by MICHAEL TRUSCELLO from The Montréal Monstrum Society on Vimeo.

​MICHAEL TRUSCELLO, Ph.D., is an associate professor in English and General Education at Mount Royal University in Calgary, Alberta. He is the author of Infrastructural Brutalism: Art and the Necropolitics of Infrastructure (MIT Press, 2020) and co-editor with Ajamu Nangwaya of Why Don’t The Poor Rise Up? Organizing the Twenty-First Century Resistance (AK Press, 2017). His recent publications on petrocultures have appeared as chapters in Petrocultures: Oil, Culture, Politics (McGill-Queen’s UP, 2017), Interrogating the Anthropocene: Ecology, Aesthetics, Pedagogy, and the Future in Question (Palgrave Macmillan, 2018) and Fueling Culture (Fordham UP, 2017). He directed the film Capitalism Is The Crisis: Radical Politics in the Age of Austerity (2011).
26 April  | “Demonic Possession or Mental Illness?: A Gender Analysis of the Pakistani Horror Film Siyaah”
SUMMER PERVEZ

SIYAAH (2013, Azfar Jafri)
In this module, students will be invited to partake in a gender analysis of the Pakistani film Siyaah (2013). The nature of Zara’s daughter’s possession is uniquely presented in this film: by the story’s end, journalist Bilal – who represents the male gaze on a female experience – dismisses the possibility of demonic possession of the little girl in favour of mental illness within Zara. In short, while initially the film presents common tropes of horror via sound design and suspense, and the possession of a girl-child, the second half calls into question whether Zara herself is possessed by a Jinn, or lying in order to conceal her sense of guilt over a past crime she is unable to confess. Contrasting Western approaches to mental illness (represented by the skeptical male listener) with Quranic/Muslim views (represented by the possessed female) of the paranormal allows the filmmakers to leave the film with an open end: the protagonist is ultimately left without successful treatment or any sense of resolution. Such an ending suggests both the failure of Western medicine to resolve what appears to be an incurable mental illness (seemingly dissociative identity disorder or schizophrenia), while at the same time signalling a of loss belief in the Islamic supernatural/black magic in today’s modern age.

26 April | “Demonic Possession or Mental Illness?: A Gender Analysis of the Pakistani Horror Film Siyaah,” by SUMMER PERVEZ from The Montréal Monstrum Society on Vimeo.

​SUMMER (SAMAR) PERVEZ holds a BA and MA from Western University and a PhD from the University of Ottawa. She has been teaching in Canada and Pakistan since 2002 as a specialist in World Literature and Film, with emphasis on South Asia, and is also a filmmaker, photographer, and activist for minority rights. She has published a range of articles on literature, film, and music, and is currently researching contemporary Pakistani film and television dramas. A graduate of Vancouver Film School, she is also a working screenwriter/producer/director currently based in Vancouver, and is in the process of developing several feature films set in Pakistan, Canada and the UK.  She currently works at Simon Fraser University and the Vancouver Film School.
In response to public health concerns around the COVID-19 (coronavirus) pandemic, MMS autumn 2020 and winter 2021 courses will be presented virtually. ​All courses are free. Stay safe and well, and stay tuned!