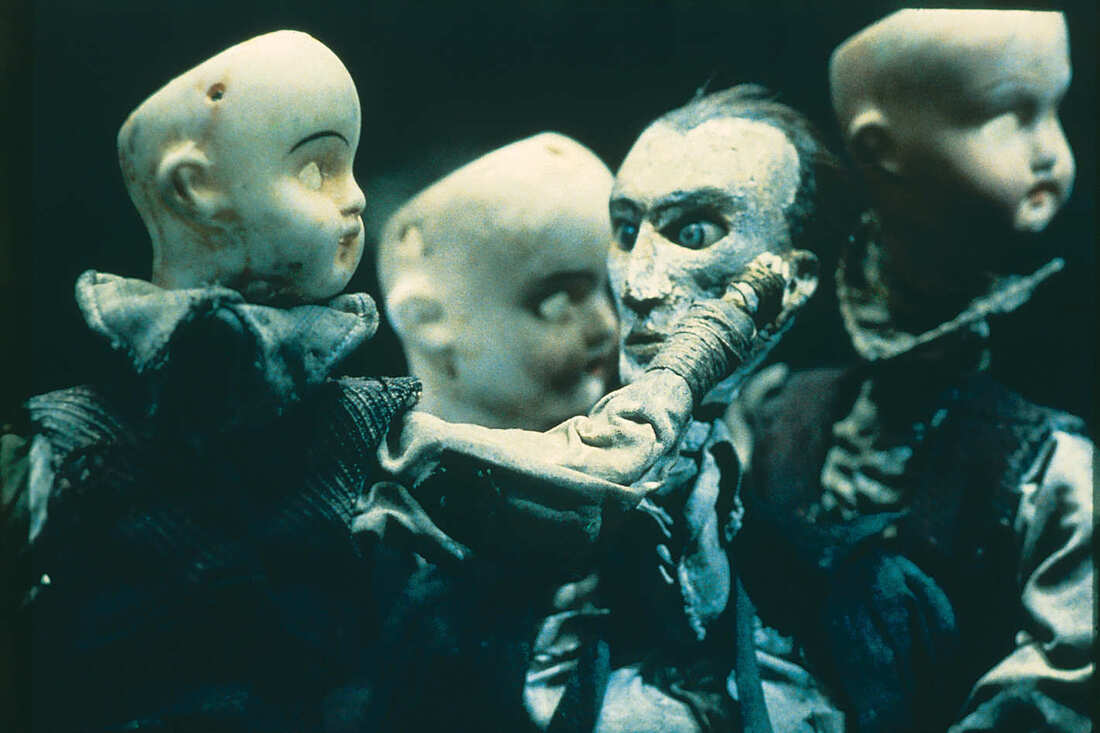 Street of Crocodiles (Brothers Quay, 1986)
This course will explore the ways in which horror presents itself in animation cinema. With a focus on short films, it will look at a wide variety of animation techniques used throughout the history of cinema and will take a more in-depth look at stop-motion and puppet animation. While presenting some of the most recurrent horror-related themes in animation cinema, this course will examine how these themes are presented and how the animated universes serve to reinforce them.

Part I: The Fairy Tale and the Gothic
Part II: The Uncanny – Stop Motion, Puppets, and Monsters
Part III: The Work of the Quay Brothers

Registration
Courses are open to anyone interested, at a suggested donation of $7 per class, or what you can pay. A discounted one-time payment of $30 per semester is also available. Payment at the door.
Please note that MMS courses will be held on Monday nights at:
Groupe Intervention Vidéo (GIV)
4001, rue Berri, # 105, Montréal, Québec H2L 4H2
Métros Mont-Royal, Sherbrooke