CALLS FOR PAPERS & PROPOSALS
Scroll down for various CFPs in horror and related areas.

CFP: Special Issue
MONSTRUM 5.2 (December 2022)
Short-Form Horror: History, Pedagogy, and Practice
Editors: Drs. Alanna Thain (McGill University) and Sonia Lupher (University of Pittsburgh
From TV to TikTok, movie trailers to music videos, and GIFs to short films, the short form dominates most of our media consumption. The horror genre is ripe for experimentation in the short form, through screamer videos, short stories and flash fiction, television series, and even commercials. Today, most horror creators work primarily in the short form; with the continuingly prohibitive costs associated with a sustained feature-length filmmaking career, many filmmakers and creators—particularly those marginalized by race, gender, or socioeconomic status—prefer, or are compelled, to explore the creative and professional possibilities of short-form media. While the number of BIPOC, queer, and women-identifying creators who have established and successful careers in horror filmmaking remain few and far between, the short-form market is brimming with content from these often-marginalized voices and is, therefore, one of the most productive media niches for theorizing issues of race, gender, sexuality, disability, and the intersectionality of these identifiers in the horror genre. In attending to the richness of the short form, how can scholars, makers and curators not simply diversify the content and canon of horror as a field, but also challenge our assumptions of how we read, analyze, consumer and react to horror media?

However, the saturation of independently-created media online and other platforms also presents limitations and challenges, above all the difficulty to curate and spread information about content, creators, and titles. Organized and curated services such as Shudder and YouTube’s “Alter” channel attempt to counteract the populated video heaps on services such as Amazon Prime and Vimeo. Scouring through the titles on many of these services can be unproductive and unwieldy, despite the growing interest among professionals and instructors to create and screen short-form horror in courses and for use in digital humanities projects. The challenges and productive avenues of studying short-form horror intersect with those of studying the short form at large, itself a diverse topic of study due to the multiple forms, genres, and cultural contexts that comprise it. Though short-form horror is often devalued as simply a calling card to a future in features, how might we attend to the affordances of the short form’s value in itself?

This special issue therefore contributes to the intersections of study between short-form media and horror media. We invite scholars, critics, and digital creators to propose articles, interviews, or audiovisual essays that analyze and theorize short-form horror texts, trends, teaching strategies, curatorial challenges and solutions, and propose new methods for the study of short-form horror. We especially welcome work by emerging and independent scholars, and from scholars or research areas currently underrepresented in the field. We invite submissions on topics including, but not limited to, the following:

Timeline
Completed essays will be between 5,000 and 7,000 words, including notes and references, and formatted according to standards set out in the current Chicago Manual of Style. Please see the Monstrum website for more information on submission guidelines.

In addition to written essays, we strongly welcome multimodal submissions. In your proposal, please clearly specify the format and scope of your project, including intended length and other practical information.

October 31, 2021: Proposals due to the editors: please submit an abstract of approximately 250 words, including a title and format information. Please also send a bio of approx. 100 words.

July 1, 2022: Accepted essays due to the editors, with revision timeline to follow.

Click the image above for information.
The Oxford Handbook of Black Horror Film

Since the release of Jordan Peele’s Academy Award-winning horror hit, Get Out (2017), interest in Black horror films has erupted. This renewed intrigue in the stories of Black life, history, and culture, or ‘Blackness’ has taken two forms. First, the history and politics of race has been centered in the genre. Second, Black horror has become an increasingly visible topic in mainstream discourses with scholars, critics, and fans contending that Black horror is seeing its “renaissance.”
​
However, in the U.S., critical attention to Blackness in horror has primarily focused on the U.S. and western world; this, despite the fact that Blacks and Black stories have featured prominently in the genre-- as actors, screenwriters, directors, producers—globally and across cultures. We invite contributions that explore Global Black horror cinema, across media platforms (e.g., theatrical releases, streaming services, etc.), by interrogating Blackness and the ways in which it manifests in films across the diaspora and around the world. Ours is an ambitious goal: to present a collection that leaves no continent unexamined.
This project is under contract with Oxford University Press.

We invite interested contributors to propose essays by submitting 250-word abstracts, along with 3 keywords. Example questions/themes include:

Themes:
To receive full consideration, please submit abstracts to Globalhorrorcinema@gmail.com by August 1, 2021. For those accepted into the collection, first drafts of essays will be due on January 14, 2022.  Upon publication, contributors to the collection will receive a modest honorarium for their work.

Dr. Robin R. Means Coleman is Northwestern University’s Vice President and Associate Provost for Diversity and Inclusion and the Ida B. Wells and Ferdinand Barnett Professor in the Department of Communication Studies. Dr. Coleman is widely published, to include her book, Horror Noire: Blacks in American Horror Films from the 1890s to Present (2011, Routledge) Dr. Coleman’s (co-executive producer) documentary film, Horror Noire, made its international premiere in 2019 to critical acclaim. To-date, Horror Noire has won the 2020 Rondo Hatton Award for Best Documentary and the 2019 FearNyc Trailblazer Award.

Dr. Novotny Lawrence is an Associate Professor at Iowa State University where he holds a joint appointment between the Greenlee School of Journalism and Communication and the English Department. He is widely published and his research primarily centers on African American cinematic and mediated experiences. Dr. Lawrence is the author of Blaxploitation Films of the 1970s: Blackness and Genre (Routledge, 2007), the editor of Documenting the Black Experience (McFarland, 2014), and the co-editor of Beyond Blaxploitation (Wayne State University Press, 2016). 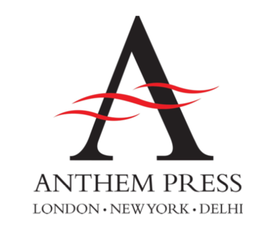 ANTHEM SERIES ON EXPLOITATION AND INDUSTRY IN WORLD CINEMA

PROPOSALS
We welcome submissions of proposals for challenging and original works from emerging and established scholars that meet the criteria of our series. We make prompt editorial decisions. Our titles are published in print and e-book editions and are subject to peer review by recognized authorities in the field. Should you wish to send in a proposal for a monograph (mid-length and full-length), edited collection, handbook or companion, reference or course book, please contact us at: proposal@anthempress.com.​
SERIES EDITORS
David A. Cook – UNC Greensboro, USA
Will Dodson – UNC Greensboro, USA